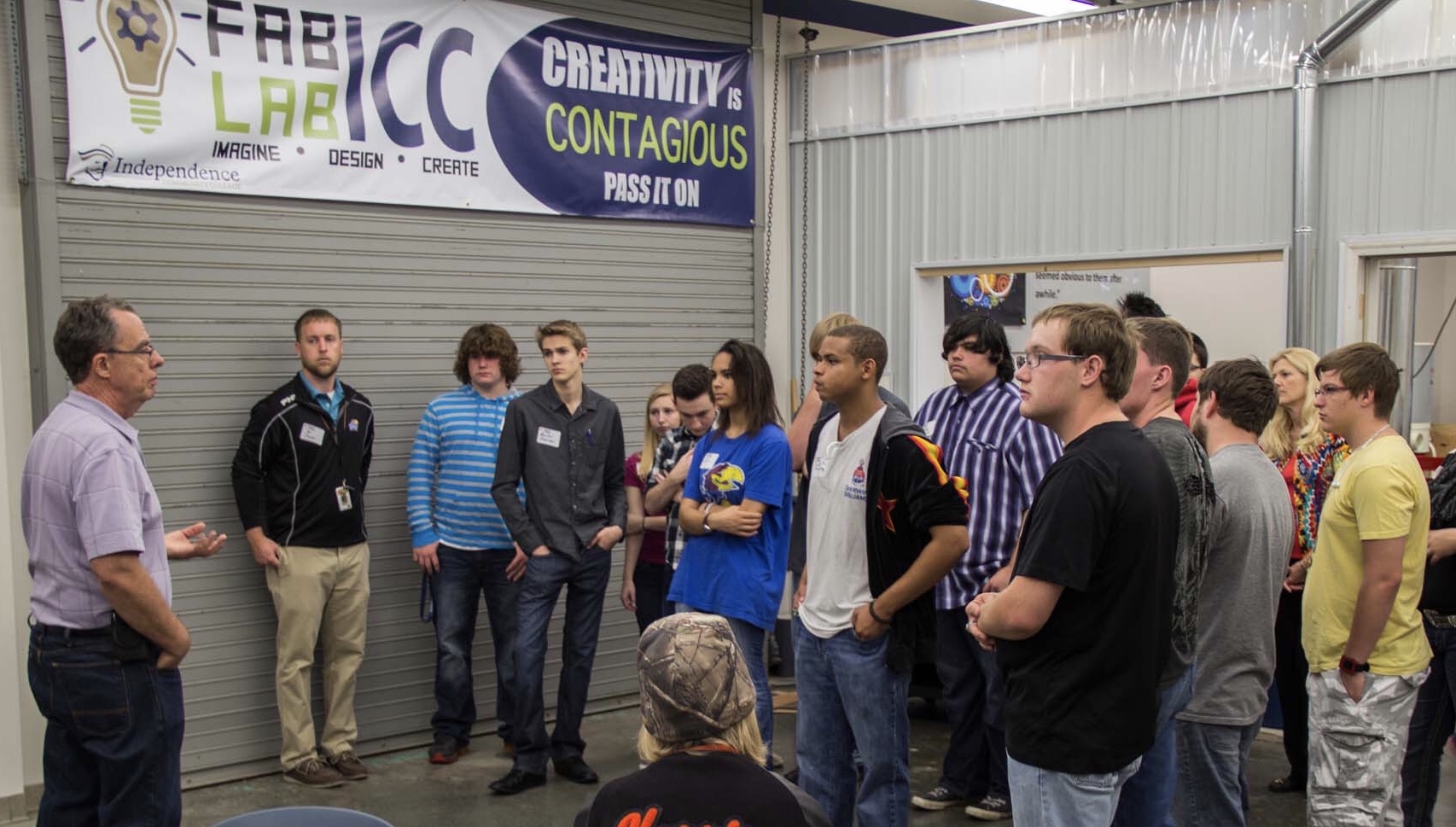 Entrepreneurial activity is widely recognized as the primary engine of economic growth. By inventing new products and services or improving those that already exist, entrepreneurs create new jobs that generate wealth, revitalize communities, and improve the overall quality of lives. And, fab labs have emerged as a mechanism to stimulate entrepreneurial behavior by providing the community spaces with the equipment and tools needed for tinkering, experimenting, and building. One rural fab lab is “on track to be the world’s leading innovator in combining entrepreneurial mindset education with a fab lab maker space” to initiate entrepreneurial behavior and spur economic growth in their community.

Independence is a small rural community (population 9,500) in southeast Kansas. And like many rural communities, Independence struggles to adapt and thrive amid limited employment opportunities, declining population, and the lack of public investment. Yet, despite these challenges, the Fab Lab at Independence Community College has taken on a unique approach to economic development: rather than attempting to attract established businesses from other communities, why not grow your own?

Located in a nondescript building on the main campus of Independence Community College (ICC), the Fab Lab ICC is the brainchild of Jim Correll, an instructor who has been teaching entrepreneurship at the college for more than a decade. After a meeting with local entrepreneurs, Correll decided to combine entrepreneurial mindset training with a creative community space as a way to provide students and community members access to advanced manufacturing and digital fabrication tools – not only for learning academic and vocational skills – but to also encourage participants to develop innovative ideas and invent new products and services that will enable them to start new businesses that could help their community grow.

Using the Ice House Entrepreneurship Program as an introductory course, Correll and his colleagues encourage participants to think like entrepreneurs while using the Fab Lab ICC as a creative space to tinker and experiment. Their efforts have paid off as a number of successful businesses have taken root (also see their Fab Lab Spotlight here). And, as a result, the word has begun to spread. For example, one aspiring entrepreneur drove more than two hours from Wichita, (population 400,000) after being told there was no one in Wichita who could create a prototype of a new product idea he had for cyclists. Soon after joining the Fab Lab ICC, he was able to produce a prototype, test his product and launch his business. As part of the Fab Lab ICC experience and the Ice House curriculum, Correll is also inviting local entrepreneurs to participate in guest lectures and to provide mentorship and support for aspiring entrepreneurs.

“Taking the thoughts from the Ice House classes, what we’ve discovered in our three years of existence is a potential for entrepreneurship combined with the Fab Lab ICC to increase the self-efficacy of not just individuals, but entire communities,” Correll said in an interview with the Ivory Review, a research journal of the Ivory League Conference of Community Colleges. “This may truly be the magic formula for achieving economic development and population growth in small rural communities such as ours.”

The success of Fab Lab ICC is also drawing the attention of economic development organizations from across Kansas and beyond as Correll and his colleague, Tim Haynes recently hosted their first Fab Lab Bootcamp, a three-day event designed to help others learn from their success. “We don’t want the magic of the fab lab-entrepreneurship experience to be our well-kept secret,” Correll said. “It’s truly a phenomenon that is changing lives and whole communities, and we want to share it with the world.”

Deb Martin, Community Development Director for WSOS Community Action, based in Fremont, Ohio attended the Fab Lab Bootcamp to learn from Fab Lab ICC. “We have been looking at maker spaces and their impact on economic development for the last couple of years. Much has been written about how urban areas are using Fab Labs/maker spaces to revitalize neighborhoods, drive innovation and make entrepreneurship more accessible by making it easier for startups to get in the game. The piece that we really hadn’t figured out was how to use that model successfully in the rural areas where we work. Jim Correll and his staff at the Fab Lab ICC have figured that out and provided a great roadmap for us to work with. Pairing the Ice House Program and the Fab Lab is a winning combination that has great potential to drive not only community revitalization through entrepreneurship, but also has implications for workforce development, student success through hands-on learning and creative problem-solving, and building a stronger sense of community,” Martin said.

And as a result of their success, Fab Lab ICC has seen its own growth and is poised to expand with plans to break ground on a second building this Spring. While the strong relationship between entrepreneurship and economic growth is readily apparent, Correll says Fab Lab ICC has only scratched the surface of its potential. He firmly believes supporting and encouraging entrepreneurship is essential to the economic vitality of any community, and most particularly those in rural America.

Update, Nov. 7, 2018: See how FabLab ICC is expanding their impact with a new addition to their facilities.