Entrepreneurial Mindset as a Tool for Persevering After Incarceration 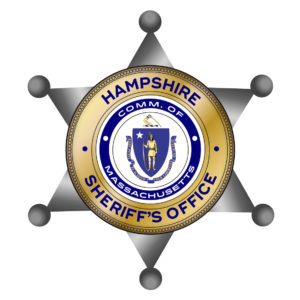 Number of inmates in the facility: 120

Because promoting reintegration is central to the mission of the Hampshire County Sheriff’s Department, educational programming is a high priority. The typical sentence length in its correctional facility is two and a half years. During that time, the department encourages and incentivizes the men to participate in treatment programs and classes toward their high school equivalency degree or advanced coursework. Those who have nearly completed their sentences participate in a pre-release program geared toward developing future plans. For men incarcerated while their trials and sentencing are pending, the wait can be two to three years. This is during which their participation in educational programming is voluntary.

Basile and Santos consistently emphasize the importance of personal choice, trust, and accountability. “We’re always trying to encompass a growth mindset in everything we do in our educational classrooms,” Basile said. “Whether it be reading or science, we say, ‘You’re not there yet’ instead of ‘You failed’ because ‘fail’ is such a common word for them. Or we say, ‘Don’t look at your missteps as failures. They’re just steps.’”

Their approach is very much in line with broader trends in the surrounding counties and in the state of Massachusetts. “There’s a lot of forward-thinking about education and treatment and how they work hand in hand,” Basile explained. At the local level, the Northampton community is surrounded by several colleges. Residents tend to place a high value on learning. At the state level, Hampshire County is part of the grant-funded Massachusetts State Prison Consortium at the state level, which supports a postsecondary education continuum for currently and formerly incarcerated people.

Underlying the initiatives is a belief that it is necessary to change inmates’ mindsets to strengthen reintegration and reduce recidivism. “We teach people that you have choices—but you only have those choices if you change your mindset,” Santos explained. “If you keep doing what you’ve been doing, nothing changes.”

Basile and Santos first learned of the Ice House model through Michelle Barthelemy, the department’s staff training and development director. They and eight of their fellow employees attended facilitation training in late 2021. Eventually, the department will incorporate components of the Ice House curriculum into other programming, such as life skills courses or anger management sessions. For now, Basile and Santos are the first to implement it as an eight-week stand-alone course that meets four days per week. They also offered the first session to seven participants in the spring of 2022. They launched a second session with six participants in the summer.

When Santos first read the book Who Owns the Ice House? Eight Life Lessons from an Unlikely Entrepreneur, he was struck by the themes of overcoming adversity and persevering through challenging circumstances. He knew these messages would resonate with the men he teaches as they face the stigma of being labeled as ex-offenders after their release. “They’re overcoming how the world perceives them and what society deems them to be as opposed to what they can do and be,” he said.

The duo curates the class content to encompass all eight chapters of the book. However, it still leaves time for plenty of interaction and detailed reviews of participants’ assignments. “We only have an hour a day together with the guys,” Santos said, “so we really dissected the videos and show the parts that support what we’re doing that day.” Outside of class, Basile and Santos offer tutoring hours where they can explore concepts and review homework in more depth on an individual basis.

They’re equally thoughtful in structuring each class roster to ensure productive group dynamics, looking at factors ranging from the length of sentence to whether someone is a first-time offender. Attending the class counts toward institutional adjustment for those who are serving their sentences. But, they’re also excited that they can include men from the pre-trial unit who volunteer without any incentives. Basile said having participants whose only objective is to soak up the information motivates the entire group.

While facilitating, they consciously build the trust level and encourage the men to be supportive of their classmates. “As tough as our guys want to show us they are, they truly lack self-confidence,” Basile said. “We have a stable environment where we are very communicative, so they have an opportunity to speak about what they want to do and how they want to do it—and not be judged.”

Basile and Santos are no pushovers regarding eliciting maximum effort from their students. This supports their cognitive processing and critical thinking with a steady stream of questions and thought prompts. “It’s our job to challenge them every day, so their attitudes and behaviors move in the right direction,” Santos said.

Basile added, “No one was really spending time with them and saying, ‘Let me hear what you have to say.’ No one really questioned them and asked them to go deeper in a nurturing way and in a caring environment. We pull details and descriptions out of them. We tell them, ‘We don’t want you to stay stuck in this little box.’”

Santos admitted that some participants might not be too receptive at first. “Anyone, ex-offender or not, when you’re not used to being challenged, it can be disorienting,” he said. But as the men receive feedback from the facilitators and their peers during the Ice House class, they open up. “That strengthens their confidence and their reliance on others—which is huge for this group because they don’t rely on anyone else,” Santos said.

If there are issues with an individual completing assignments in a thorough and thoughtful way, Santos and Basile meet with them one on one to hold them accountable. After one such meeting, the participant proceeded to work so hard on his idea for criminal justice reform that “he totally surprised us with his final presentation,” Basile said. “He floored us!”

The facilitators also occasionally need to give reality checks. For example, one participant came in with an idea to start a nurturing fathers program. Basile helped him outline it on a whiteboard—where it quickly became overwhelming. She then helped him break it down into smaller steps he could accomplish.

Three of the participants in the first eight-week session have returned from their incarceration. Santos and Basile said they could not initiate contact to find out how things are going, but they do tend to receive updates from their former students. They’re especially interested to hear about one man who planned to open a restaurant with his father. He said he would offer free meals to fellow ex-offenders—and extend the offer to Basile and Santos too.

“Our motto is “We never want to see you again—here,” Basile said. “Out in the community, we’re going to sit down and have a cup of coffee.”