Spreading the Power of Entrepreneurial Thinking Statewide in North Carolina

This piece was written by ELI contributor Sarah Williamson. She is working on interviewing some of our most accomplished partners and facilitators. 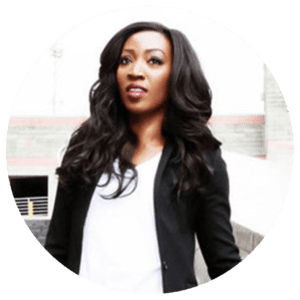 Daisy Magnus-Aryitey doesn’t love public speaking, but you would never know it from her enthusiastic demeanor when she starts to talk about the importance of an entrepreneurial mindset.

Magnus-Aryitey, an Ice House Facilitator, is the program director for the NC IDEA Foundation. The foundation fosters North Carolina’s economic development by supporting the entrepreneurial ecosystem and helping people achieve their entrepreneurial potential.

The foundation’s NC IDEA MINDSET program has the ambitious goal of educating 100,000 North Carolinians with the Ice House Entrepreneurial Mindset Programs. Magnus-Aryitey runs the Ice House programming, including facilitator training with the Entrepreneurial Learning Initiative. She also works directly with newly trained facilitators to implement Ice House programs in their own communities.

“I hear again and again that ELI is putting a language around something people feel is instinctive and have sensed to be true,” Magnus-Aryitey said. “The Ice House Programs reawaken people to what they instinctively knew and who they were when they were children. That’s what the world needs more of—and it’s always a joy to be in the class and hear people’s excitement.”

A Mindset That Clicks

The way ELI Founder and CEO Gary Schoeniger defines entrepreneurship—the self-directed pursuit of opportunities to create value for others—resonates with Magnus-Aryitey and her fellow North Carolinians. “Wherever we’ve taken it, there’s always been interest from a diverse group of people,” she said. “No matter their background, the utility of this mindset clicks with them.”

So far, more than 280 certified facilitators from every region of the state have completed the Ice House training. They then return to train others in their own communities—some as consultants, but many others less formally, sharing the training with their friends and neighbors.

“If everybody starts thinking like an entrepreneur, we’re going to have a more dynamic, equitable society because we’re all going to be taking our ideas around those intractable issues we all face and putting them into action,” Magnus-Aryitey said.

“The Ice House class just teaches itself,” she continued. “It’s an opportunity to create a learning environment that is different from what people have experienced. When people come to classrooms, they have preconceived notions that the teacher knows everything, and I know nothing. Ice House flips that model on its head. The teacher or facilitator does not know everything. We’re here to learn together and bring our collective thoughts and experiences together and create something new.”

Importantly, the Ice House program avoids putting entrepreneurship on a pedestal or making it seem unattainable. From high schools to prisons and city governments to sorority houses, participants use their entrepreneurial mindset to better their communities. They also start businesses and change the trajectory of their own lives.

“Maybe people didn’t have a positive school experience,” Magnus-Aryitey said, “but suddenly they are excited to share and are seeing themselves in a new light, with the emerging capabilities that are so necessary to move forward with a new mindset.”

As NC IDEA spreads that mindset to tens of thousands of people in the coming years, North Carolina will be a state to watch.